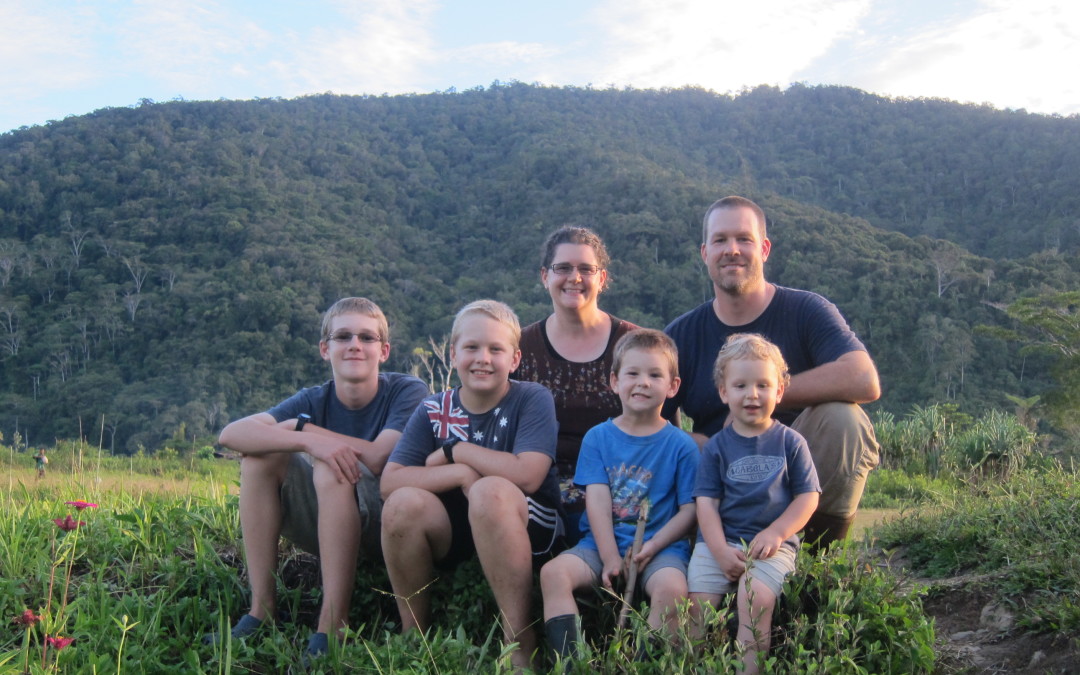 Bart and Emily Allen and their four children, with their fellow coworkers, minister among a remote tribal group in the western mountains of the Sandaun province of Papua New Guinea called the Amdu people. Numbering about 6,000, the Amdu people have no gospel witness and no bibles in their language. They have never heard the gospel of grace, in their own language, so that they might understand and be saved.

The Amdu team of missionaries, under New Tribes Mission, seek to first learn the language and culture of the Amdu people, teach the people to read and write in their language, translate the bible and teach them what it says, all in the tribal people’s heart language.

Bart and Emily and their children live in one of most remote areas of the world. All supplies need to be flown in from Australia, and then transported by foot into the far reaches of the mountainous forest to the Amdu village where they have made their home. They are motivated and sustained by the passion that God has given them to make a difference in the lives of these unreached people.